Ifti’s visit – November 2015: We are delighted to provide you with a summary update from our Chairman, Mr. Syed Iftikhar’s, (Ifti) most recent visit to the Midland Doctors Medical Institute, Muzaffarabad, Pakistan.  This clearly indicates how much our Chairman crams into his quarterly hospital visits, to ensure his trips are as efficient as possible.  (And please remember this is all at his own cost)

Wed 11/11 & Thurs 12/11: On both Wednesday and Thursday, I spent many hours conducting interviews and I am happy to announce that we have successfully appointed three medical officers, a consultant gynaecologist, and a pharmacist. 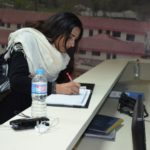 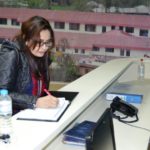 Fri 13/11: I had an interesting day; I met Latif Akbar, the Finance Minister, along with the Ex-Speaker of the House, Mr Anwer, Education Minister and Higher Education Secretary. I found it a really informative and constructive meeting. I also had an interesting interactive meeting with Tasnim and Aliya, two doctors who had travelled from Abu Dhabi and USA to visit the facility to explore how they could contribute to the project.

Up until recently, the hospital had been working as a wireless facility. On this day I was able to confirm that the hospital now has a fully functional landline in operation with the help of Signals Core, and telephone department who stabilised a fibre optic cable that has been specifically laid up to the hospital.  Land line numbers have been connected to our existing internal PABX. I also oversaw proceedings in setting up the portals in the resource centre and the IT room, with the help of a telecom engineer, for a virtual clinic to aid our trainee doctors on our training programme. This is a similar facility as developed in OPD so that live internet consultation can be done by clinicians from abroad. 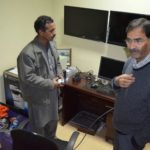 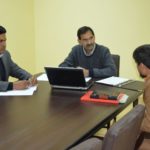 The next target is to provide the hospital with a continuous electricity supply. We currently experience several interruptions in electricity supply and the gaps are filled by our massive generator. New electricity poles are being erected and electricity lines are hoping to be established in the next couple of months.  This will provide a great help towards the running of the hospital on a day to day basis. Our thanks go out to the Secretary of Development, Mansoor Dar, for all his help. 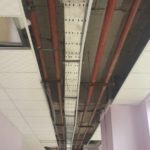 Sat 14/11: I saw a child today in the clinic with a subcutaneous lump on her back. She had had an ultrasound which had showed that it was just under the skin.  This child’s parents had previously spent a lot of money on medicine for treatment. However, if only she had visited the MDMI sooner, as I was able to diagnose that it was simply an Angiolipoma, her name has been placed on the waiting list. We will remove this lump for the child when I return to the hospital in early 2016. 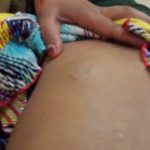 I continued my day at the hospital and welcomed the Finance Minister of AJK, Latif Akbar, and the Chairman of AJK bank, Fazal Hussain, in their visit to the hospital. They gave moral support and were extremely impressed with the facility. 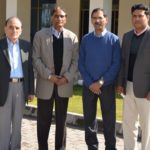 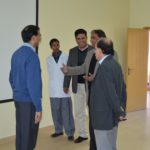 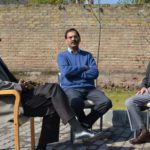 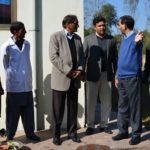 At the insistence of Latif Akbar, I dined at his house later that evening and enjoyed a lovely meal and even better hospitality.

Mon 16/11: I oversaw a visiting Consultant, Mr Viquar Quraishi who saw several patients during his visit. One of them required discussion with a patient who had received 5 previous operations on his fractured hip and femur.

I would like to confirm that the first ‘orthopaedic fracture and plaster two day course’ was conducted  Mr Viquar Quraishi from Russel Hall Hospital UK. He was ably assisted by his wife Ambereen. Furthermore, Mr Viquar Quraishi’s teaching technique was exceptional and very well received. He has agreed to conduct further courses and help amputees under the auspice of “Naya Qadam”. 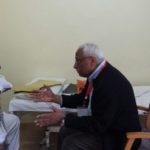 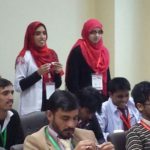 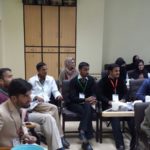 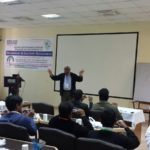 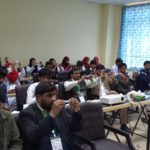 I also had the pleasure of seeing the resulting work that the Midland Doctors had undertaken over 2 years ago. At the time, a young girl was treated for bedsores and a heel ulcer. I could see the lady’s incredible healing as a result of her treatment at the MDMI over a two years period. This was a proud moment, showing that the work of all the doctors was an outstanding addition to the community and was providing the essential care needed for those ill-affected.

Weds 18/11: My day started with a meeting at Kohi Goth hospital in Karachi. They laid a surprise breakfast party in my honour and 50 people were in attendance. I enjoyed a lavish breakfast before addressing the School of Midwifery, where upon I received a round of appreciation for my work. 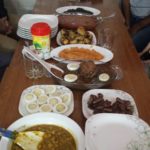 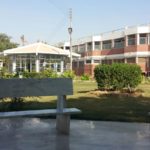 I then went to meet Mr Iqbal Soomro, a medicine producer and wholesaler, to discuss the hospital’s medicine supply. He had kindly agreed to donate medicine worth Rs 2 million. 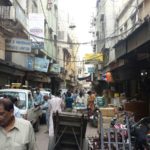 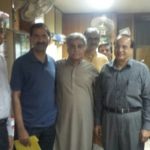 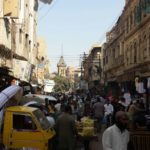 I attended a Rotary dinner and thanked the Rotary Club of  Karachi Sunset Millennium for helping us with matching grant for the purchase of an autoclave for our theatre.

COVID -19 Screening of patients at MDMI