Dedicated to children and their teachers

Today I visited “Army public school Peshawar”. Last count of dead students and teachers was 145. That is the worst part of the story where innocents were slaigned , butchered, burnt and shot for no fault of their own except that they were pawns in the brutal game of civil war. It generated enormous response of repulsion and grief. Never before I have seen such an overt expression of grief, except when princes Diana had died.
Huma, Maha, Misha, Faraz , Zeeshan and I arrived at the school gate to face immense security.  Unfortunately horse had already bolted. Within the compound they have created a cordoned off area for people to express their grief by posting banners, laying flowers and lighting candles. We all placed flowers, lit candles and wrote our tributes.
I was interviewed by various local TV channels as we’ll as BBC. I managed to express my concern about the psychological trauma and scar sustained by survivors and related families. Furthermore, desire to help if required.
Visiting the site of massacre upset me even more as it brought home the utter horror of the event of 16/12.
I could only say  to the ITV reporter that it should not happen . This cycle of violence must end.  We as a nation simply can not sustain this ongoing mayhem.
I sincerely hope that the perpetrators of such heinous crime and those who have either driven them to such act or govern them understand the enormity of callousness of their act. 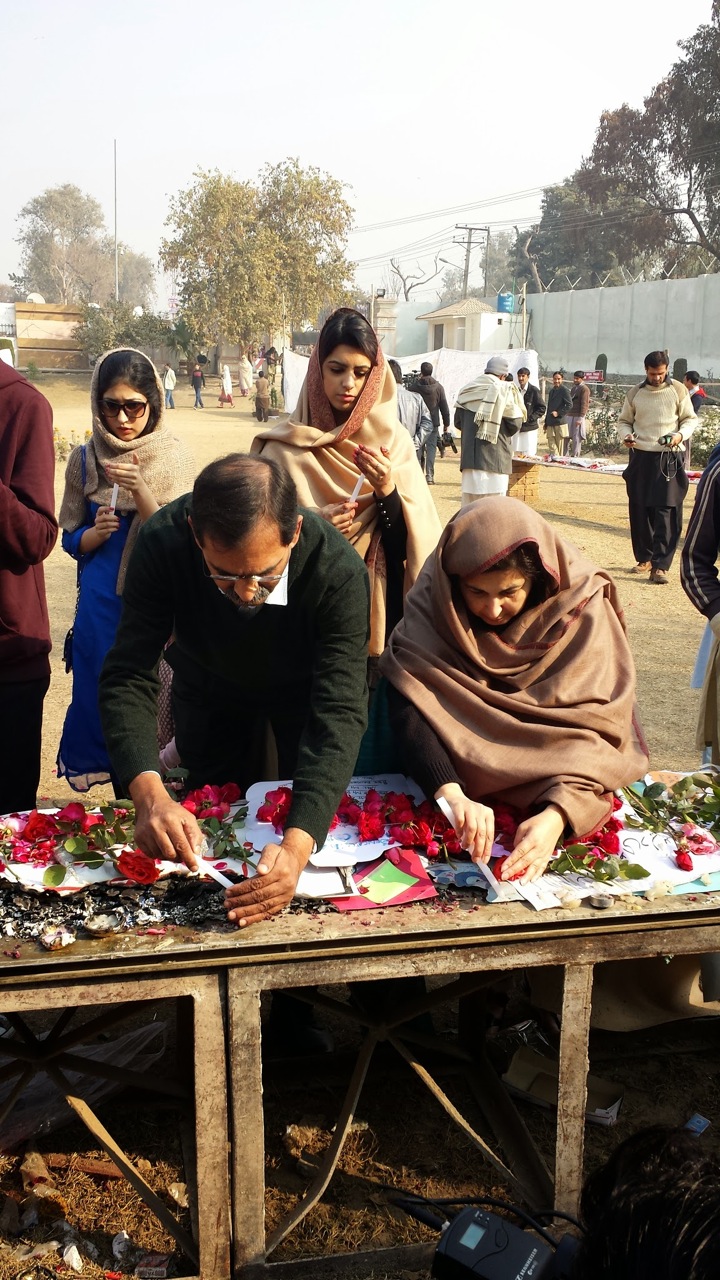 Huma an I with Maha in the background 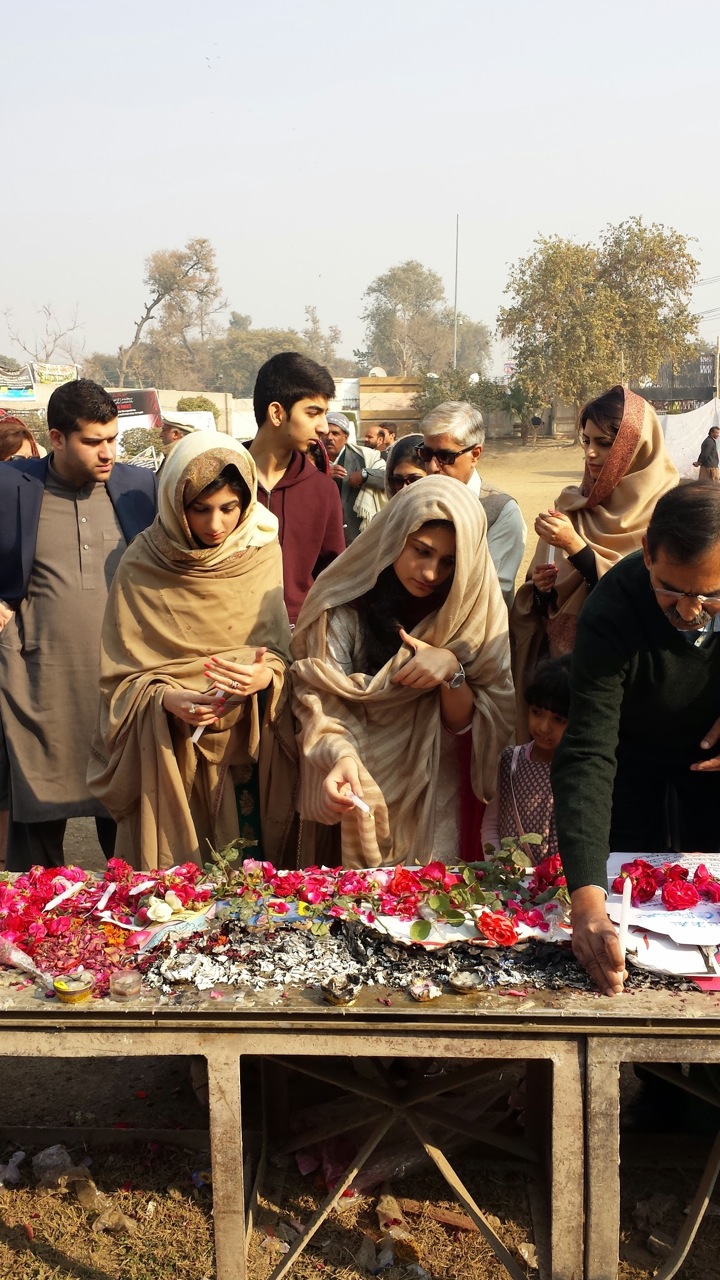 Children lighting candle with me. 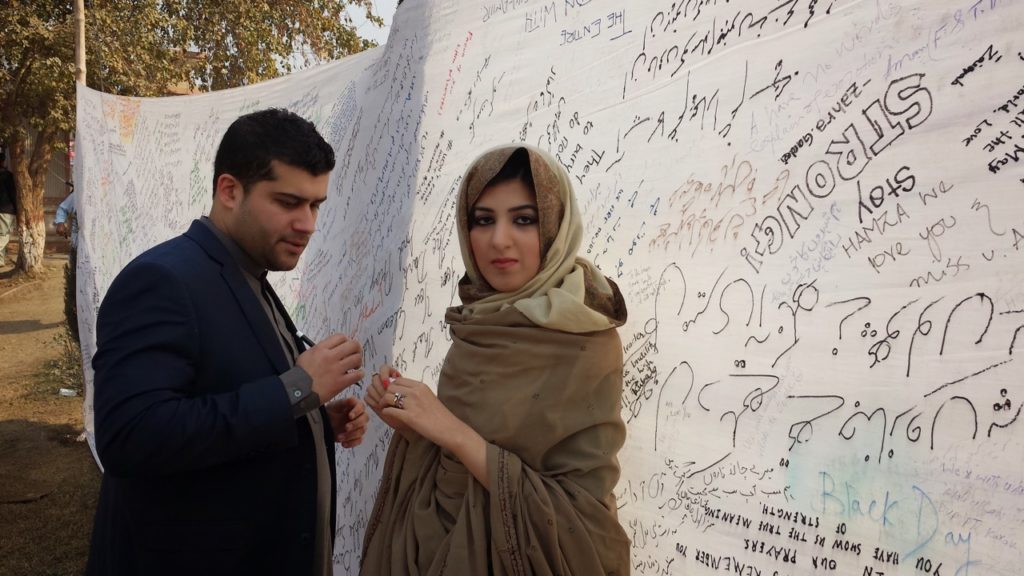 Misha and Zeeshan having unscripted their thoughts. 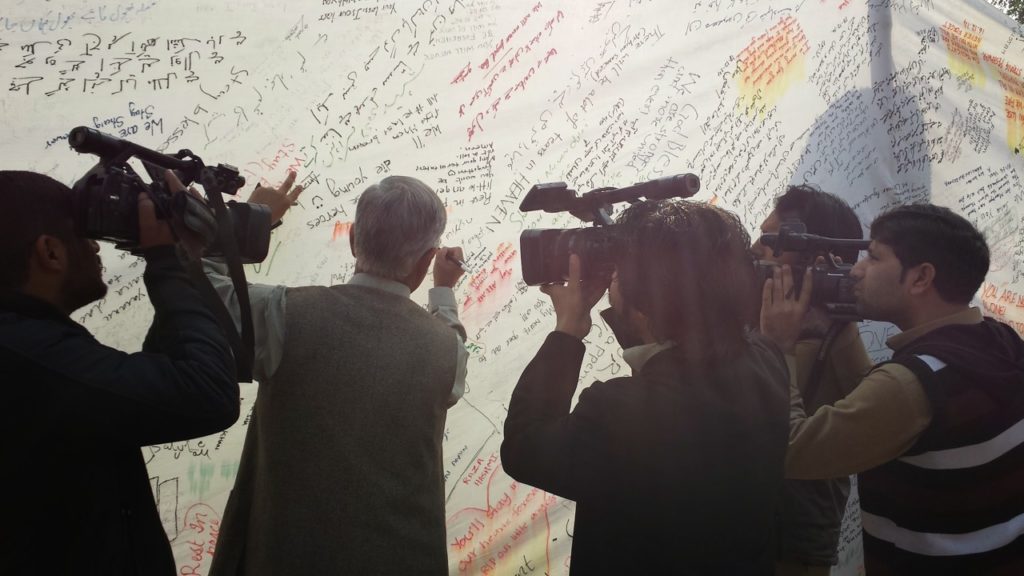 Good Friend Asad writing his tribute with media in attendance. 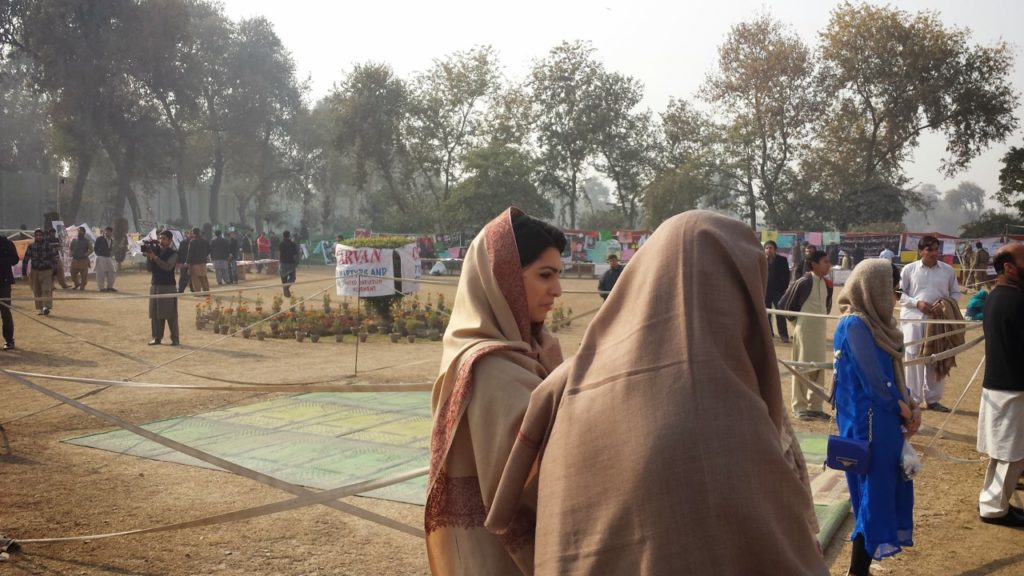