During December 2012, the team at MDAUK oversaw an historic milestone – the inauguration of the Nur Goth Village project in Pakistan. This Village was built by MDAUK in conjunction with the on the ground support of the Pakistan Medical Association (PMA). MDAUK also gained a key partner in the process, the Edhi Foundation, the most trusted name in Pakistan when it comes to relief work. The creation of a Village and community was born in response to the devastating 2010 floods, which destroyed many lives of men, women and children – in particular the poor and vulnerable. Village Update Jan 2013 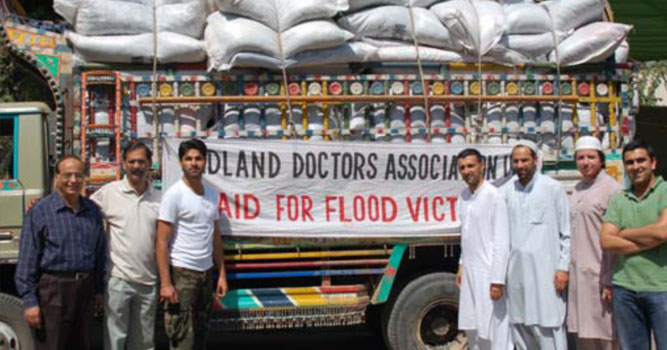 Many of our supporters will recall the MDAUK team’s relief efforts with volunteers on the ground in the immediate aftermath of the devastation. The support was led by the fundraising efforts from the City of London through the team of Iftikhar Ali, Ivor O’Toole, Shahzad Amir, Abid Hussain & Sajjad Rashid.

The idea of constructing a Model Village was conceived 2 years ago following the work in the immediate aftermath of the floods. The City fundraisers had gained funds from many institutions incl Bank of America Merrill Lynch, ICAP, Creditex, GFI and Aspect Capital. Support from many individuals in firms across the City also helped make a new Village a real possibility. Now, thanks to our generous MDAUK supporters, the Village has been released to 100 poor families who will benefit from housing, solar power and amenities such as a medical centre and schooling. 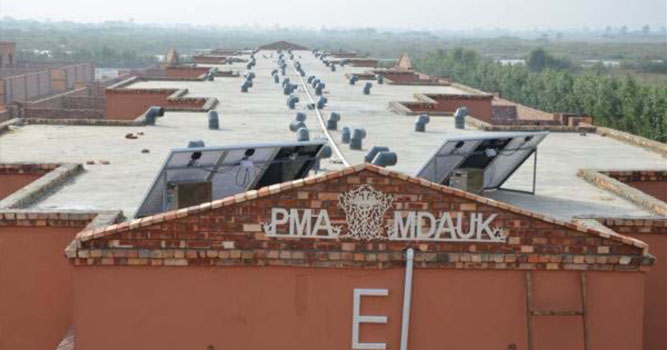 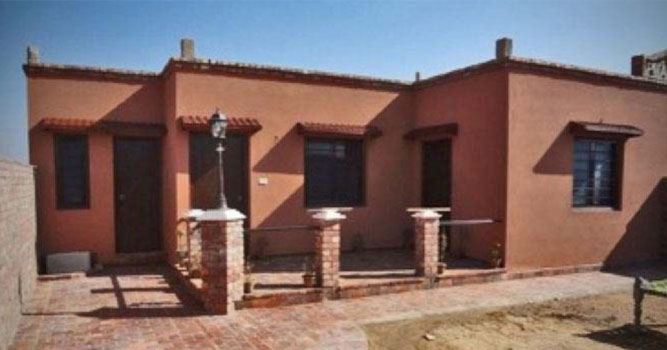 The longer term benefit of this Village will be there for 700+ adults and children. Dr Shoaib highlights the allocation process of the houses. “A social worker was employed who carried out a detailed survey of the surrounding areas and after an extensive review process around 100 families were selected to be most deserving. It was emotionally very difficult to choose the most deserving ones amongst the desperately poor families.”

Prior to construction the land also had to be raised 2 feet by adding soil and sand to make it further flood proof. Over 4500 trees were also planted around the plot to provide a green echo friendly boundary.

The inauguration’s guest of honour was none other than Mr Abdul Sattar Edhi  – philanthropist whom is best known for humanitarian work throughout Pakistan. His presence at the opening of our MDAUK / PMA village project is not only incredibly exciting, but a great honour. MDAUK chairman Dr Iftikhar said, “I am so emotional that I find it difficult to express the feeling. It was a momentous time for all those concerned from MDAUK and PMA who have been involved in the development of a model village in Gujju, Sindh when Abdul Sattar Edhi cut the tape and inaugurated the village.” 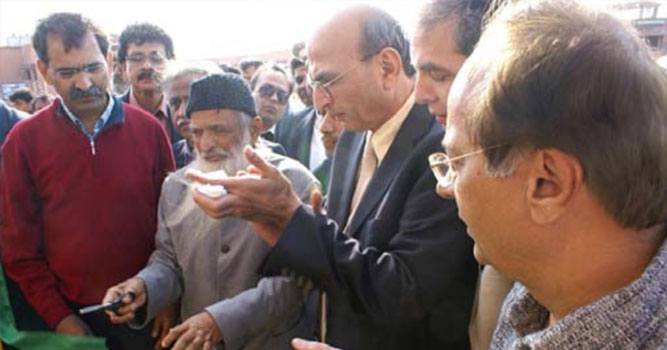 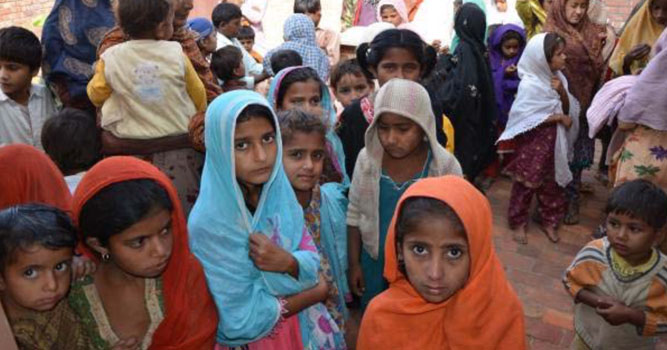 Dr Javed (MDAUK Vice Chairman) gave his perspective on the Village, “It was very heart-warming to see families already settled into their new homes. I could see smoke coming out of the kitchens and children running around in their new homes. They probably for the first time in their lives experienced the luxury of running water in taps, attached bathrooms, electric fans and light bulbs (powered by Solar Panels).

Village School – Hope and The Future

Construction of the Nur Goth Village has been a labour of love for a lot of people involved with this project for a number of reasons. It is an example of excellent collaboration between organisations continents apart but with the same objective. It may prove to be the nidus for social change. But it was not just about providing the housing for people displaced following the floods. It is about providing a model for social change through education, appropriate support networks, self-reliance, and leading by example.

One of the key measures of success for the Village will be when residents are able to sustain themselves and purchase their own properties outside the Village. The best hope for this will be for today’s Village children to be the Doctors, Nurses and Teachers of tomorrow. Given this MDAUK and the PMA decide to stretch the goal of the initial Village project and construct a school. 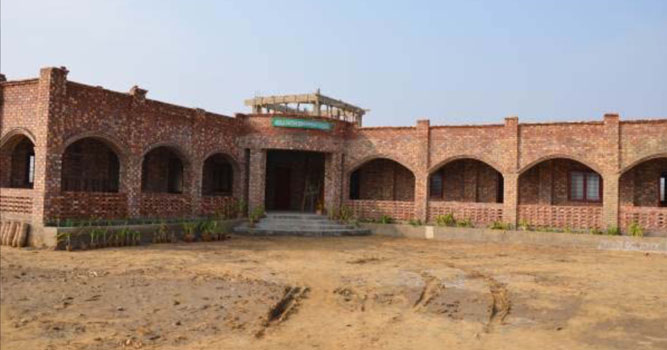 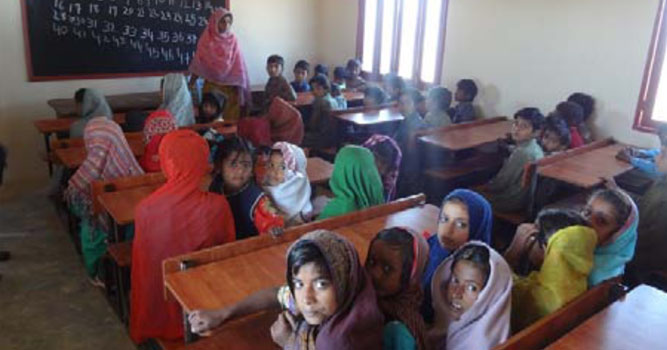 The school building (above) was constructed during the Village build and has been named after Abdul Sattar Edhi. The Edhi foundation has also contributed financially to this project and has undertaken the responsibility to run this school. Dr Shoaib shared his thoughts, “Seeing the school full of children is so heartening to see. I hope all the donors see how they have impacted so many families and how their support will endure for many years as these children get an opportunity that would not have been even conceivable 2 years ago. Theirs is the future.”

The final words of thanks must go to the dedication of Dr Shoaib. The last fifteen months of his life were completely devoted to the construction of Nur Goth. It has been a true Labour of love for him. No construction company was involved. There was no compromise on quality; there were no short cuts. Between looking after his own business and family commitments he managed to Travel between Karachi and Gujju several times a week (sometimes twice a day). We all thank you! 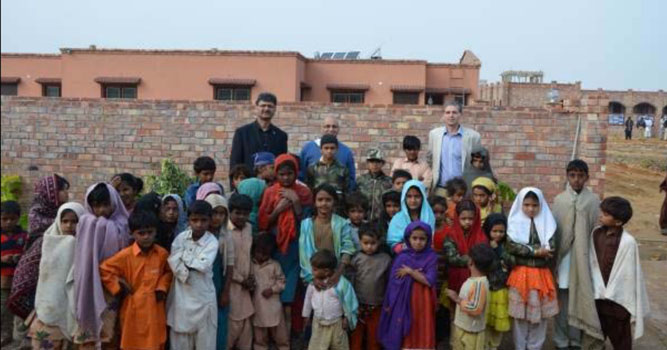 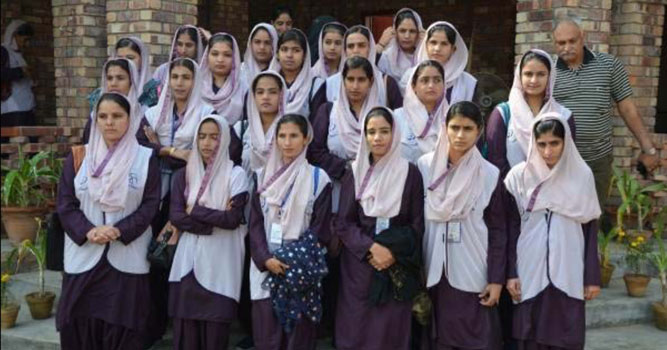 MDAUK support of this Village and another devastated Village in Charsadda, Khyber Pakhtunkhwa province, has been due to the support of many donors. MDAUK is committed to the completion of its Hospital Project in Muzzaffarabad. This facility will provide free care to the poor and vulnerable, with support from UK doctors and medical professionals. We still need your support to make this a reality, please go to our Just Giving page to donate.